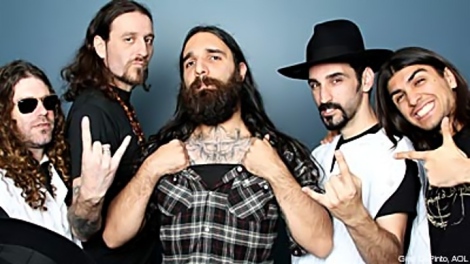 Israeli progressive metal band Orphaned Land is encouraging fans to sign a petition (created by a fan of the band) submitted to the Norwegian Nobel Committee to consider them for the 2013 Nobel Peace Prize, in case you think they are worthy of such a prize.

Vocalist Kobi Farhi left this message on the band’s Facebook page: “This is my personal request to all my friends from the Middle East, Turkey, and in general from all my Muslim friends here on my page: We know for a long time now that we are above politics, we know that if it was in our hands, peace would have prevailed right away. Please enter this link and sign if you find us worthy, please also spread the word and share it on your pages? I send my endless love to all of you and all my love and best greetings for the coming holyday in a few days. Salam/Shalom/Peace.”

The petition refers four major achievements of the band in the effort to transform the Middle East conflicts: