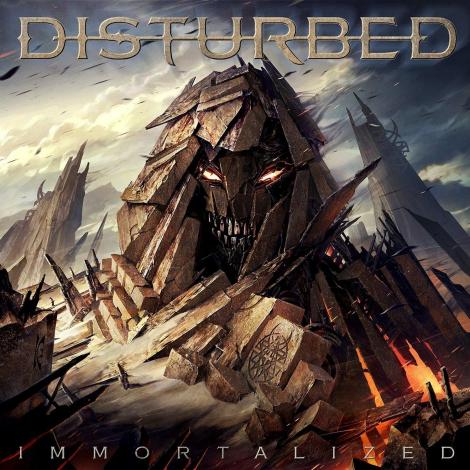 Immortalized is the sixth studio album by American heavy metal band Disturbed. The album was released on August 21, 2015 through Reprise Records, and is Disturbed’s first studio album since Asylum (2010), marking the longest gap between two studio albums in their career. It is also Disturbed’s first album since 2002’s Believe to receive a Parental Advisory sticker, although studio albums released in the interim have contained some profanity. The album, which sold 98,000 copies in its first week, is Disturbed’s fifth consecutive number-one debut on the United States Billboard 200chart. They are the third band in history to achieve this feat, the others being Metallica and Dave Matthews Band.