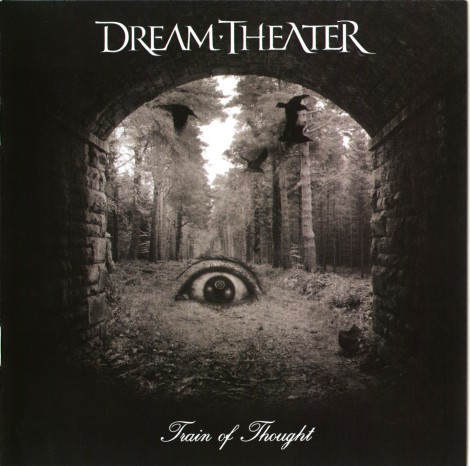 Inspired by the audience response to Dream Theater’s heavier songs while on tour,[4] The album was written in three weeks.[5] It was engineered by Doug Oberkircher and mixed by Kevin Shirley.[6] It does not contain the Parental Advisory label even though it contains a potential amount of obscenities.

To those who understand, I extend my hand
To the doubtful I demand, take me as I am
Not under your command, I know where I stand
I won’t change to fit your plan, Take me as I am

”Slow down,
You’re thinking too much
Where is your soul?”
You cannot touch
The way I
Play
Or tell me what to say
You’re in the way
Of all that I believe in

To those who understand, I extend my hand
To the doubtful I demand, take me as I am
Not under your command, I know where I stand
I won’t change to fit your plan, take me as I am

Hello, Mirror – so glad to see you my friend, it’s been a while
Searching, Fearless – where do I begin to heal this wound of self-denial

You’ve been blinded, living lie a one way cold existence all the while
Now it’s time to stare the problem right between the eyes you long lost child

Come to me my friend (Listen to me)
I’ll help this torture end (Help to set me free)
Let your ego go (I can’t carry this load)
You can’t go through this alone (I feel so hopeless and exposed)
You’ll find your peace of mind (Give me some direction)
You can no longer hide (Break out of this isolation)
Let humility (Openness, honesty)
And become what you can be (A healing tranquility)

Dedicated to Bill W. and all of his friends

Cold
Lying in my bed
Staring into darkness

Lost
I hear footsteps overhead
And my thoughts return
Again

You took advantage of an outreached hand
And twisted it to meet your every need
‘Gimme time to re-charge my batteries,
I’ll see her when she’s older and I’ll bounce her on my knee’

[spoken:]
“This is a regret that you make”
“we’re still connected”
“This is a regret that you make-”
“I want my family back”
“-and there’s something you take”
“You can’t have it. I’m sorry for you, but it’s too late…”
“Mistakes like this…You don’t make”
“Can’t you see anything except in terms of how it affects you?”
“You make some…And they’ll get to you”
“You don’t love anybody”
“I gave you money, I gave you a car, I took you in-”
It’s not OK, son”
“-but don’t that mean something?”
“Do I admire people too much?”
“No…You should do better”
“That disappoints you…”
“God damn regrets!”
“You deserve to die alone for what you have done!”
GOD DAMN REGRETS!”
“Don’t deny it”
“You cocksucker, I know you’re here.”
“Don’t deny it”
“I want you to know I hate your fucking guts.”
“The biggest regret in my life”
“I wish you’d fucking die.”
“I’ve let my love go”
“I’m your blood…I’m your family”
“Is that you?”
You’re not my family, not anymore”
“The fucking regrets!”
“When your own flesh and blood renounces you…”
“What did I do?”
“…you have no choice but to renounce them.”
“WHAT DID I DO?”

Hey you, Hey you
I’m right here
Conscience fading
Can’t get through

How can this be?
Why is he the chosen one?

Saint gone astray
With a scepter and a gun

Learn to believe
In the mighty and the strong

Come bleed the beast
Follow me it won’t be long

[Chant:]
Mine eyes have seen the glory
of the coming of the Lord
he is trampling out the vintage
where the grapes of wrath are stored
he hath loosed the fateful lightning
of his terrible swift sword
his truth is marching on.