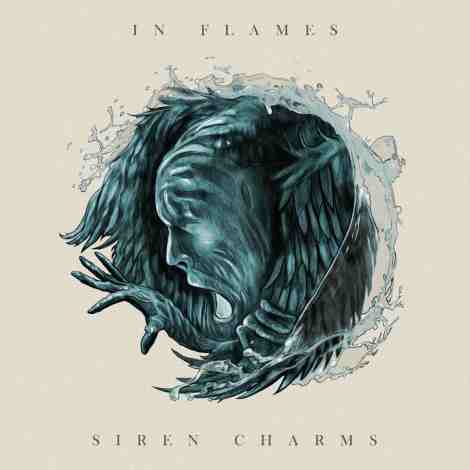 Siren Charms is the eleventh studio album by the Swedish metal band In Flames. [1][2] It was released on September 5, 2014 and September 9th in the United States via Sony Music Entertainment.

The eighth track on the disc, “Rusted Nail”, was the lead single released on June 13, 2014. Its artwork, created by Blake Armstrong of Space Boy Comics, is an interesting piece as a ship, which also bears a striking resemblance to a menacing shark, emerges from the water. Shortly after this release they also briefly streamed a second new track ‘Through Oblivion’ online. On 9 September 2014 In Flames released their new videoclip for the song ‘Everything’s Gone’. The album marks a significant departure from their older sound, instead making more use of extensive cleaner vocals and has a more Pop/Alternative rock style whilst using some mild melodic influences from their previous work.

The album has received generally mixed to negative reception. Gregory Heaney of Allmusic described Siren Charms as “a bit too casual.” However he stated it as “a solidly written and executed metal album” and that fans of the bands latest material will likely enjoy it. About.com critic Chad Bowar wrote: “While not a perfect album by any means, Siren Charms is not the abomination some have made it out to be.” He also further added: “There are plenty of solid songs, with the album’s charms diminished by a few uneven ones.”[3] Kyle Ward of Sputnikmusic however panned the album, describing it as “an unforgivable misstep containing oversights in both songwriting and execution that such a veteran band should be able to spot and correct.”