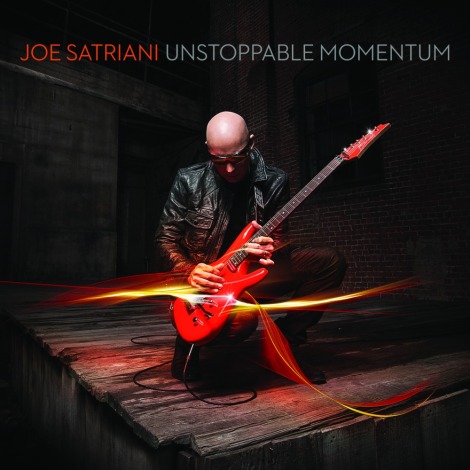 Unstoppable Momentum is the fourteenth studio album by guitarist Joe Satriani, released on May 7, 2013 through Epic Records.[1] It was first announced on Satriani’s official website on February 20, 2013, with a tour to begin in mid-May featuring Marco Minnemann on drums and Bryan Beller on bass.[2][6] The track listing and cover art were revealed on March 19.[7] A full-length preview of “A Door into Summer” was made available at Premier Guitar in April, along with a review of the album.

All songs written and composed by Joe Satriani.